“Let them read if they like: if not, let them cast it aside; because I do not obtrude my work on the fastidious, but I dedicate it, if any think it worth their notice, to the studious;”

“And I saw an angel come down from heaven, having the key of
the bottomless pit and a great chain in his hand.

2 And he laid hold on the dragon, that old serpent, which is the
Devil, and Satan, and bound him a thousand years,

3 And cast him into the bottomless pit, and shut him up, and set a
seal upon him , that he should deceive the nations no more, till the
thousand years should be fulfilled:
and after that he must be loosed a little season.”

Who could have anticipated ‘a little season’ – the Devil’s reign – would also last a thousand years. The Grim Reaper, Satan’s henchman, harvested more souls from war, famine and pestilence culminating with the Twentieth Century than time immemorial.

“We are dwarfs mounted on the shoulders of giants, so that although we perceive many more things than they, it is not because our vision is more piercing or our stature higher, but because we are carried and elevated higher thanks to their gigantic size.”

Bernard, master of the episcopal school at Chartres from 1114-1119

MILLENNIUM
Beginning of
The End of Times 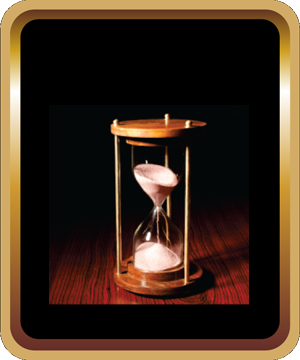 Highlights of the
First Millennium 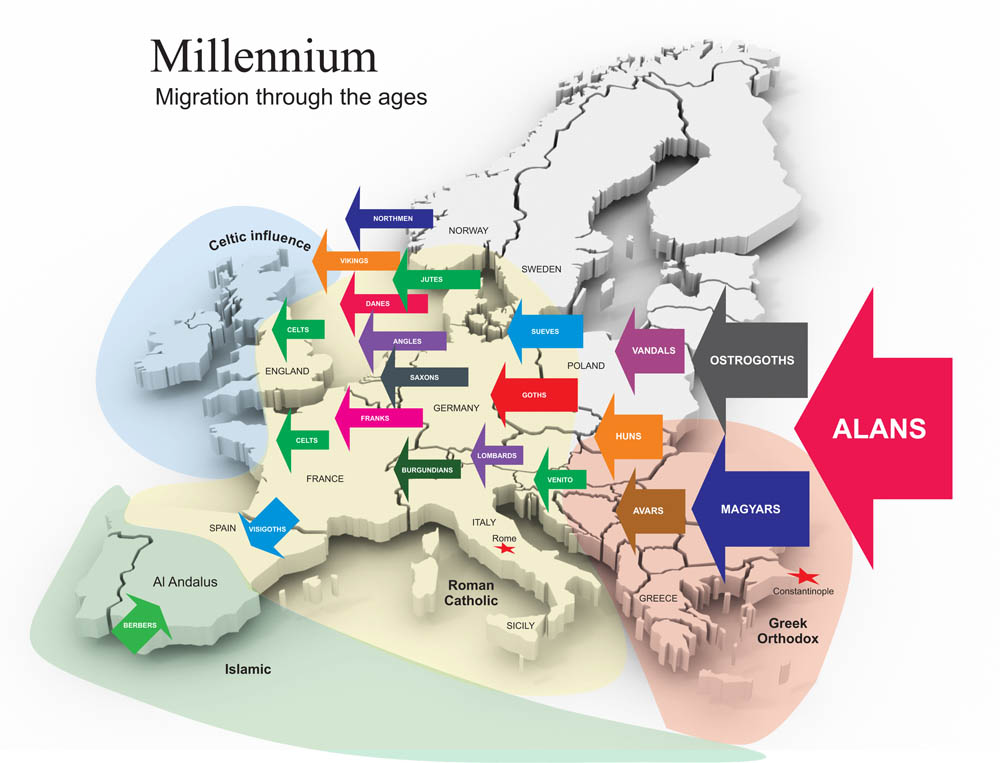 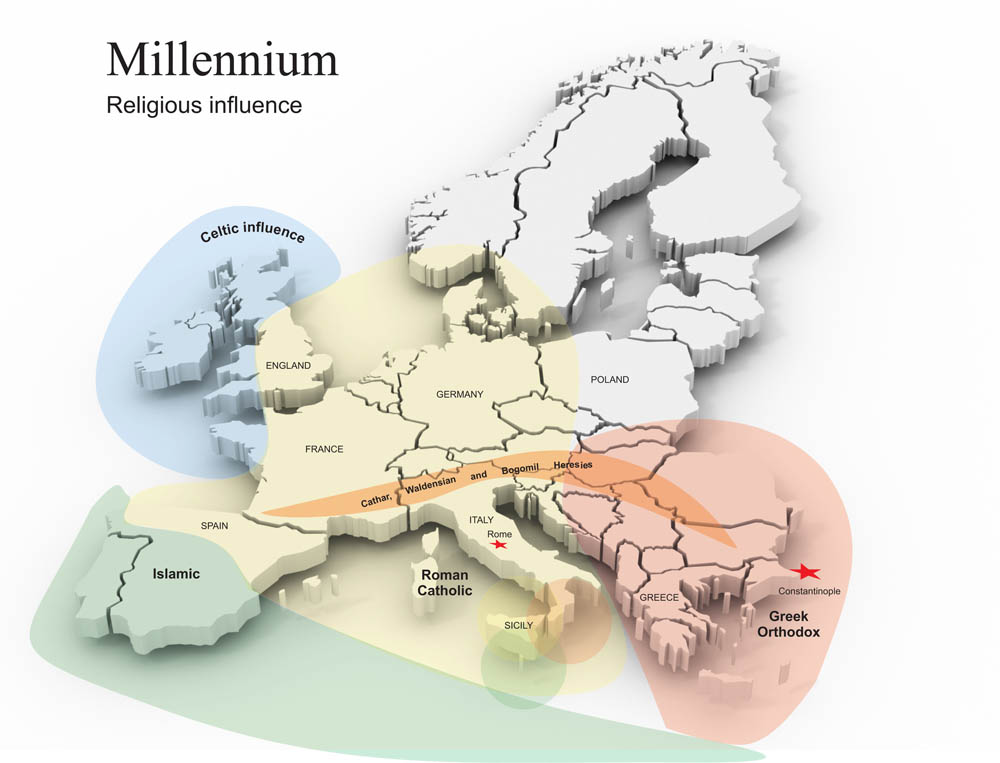 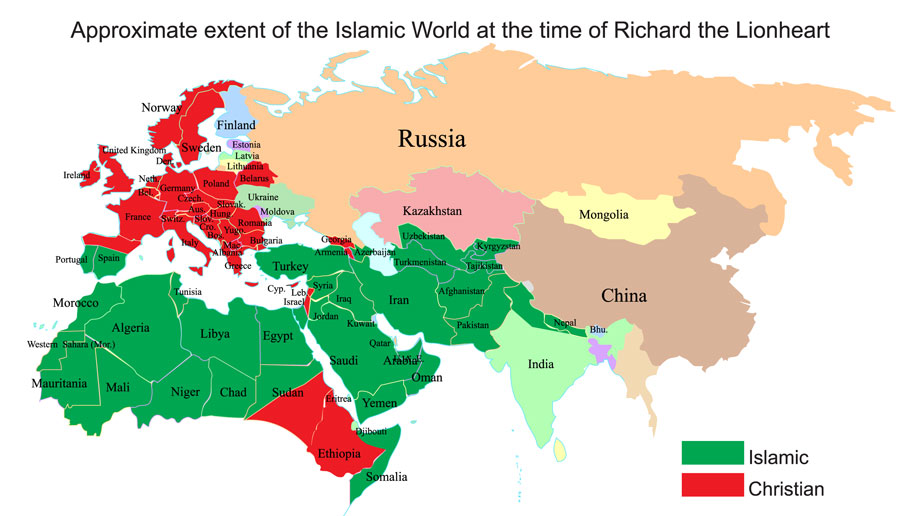 News of the destruction of the Church of the Holy Sepulcher spread like wildfire throughout Christendom. With the desecration of Christianity’s holiest site – the edicule of the tomb of Christ – pilgrimage was no longer possible and the remission of sins unattainable. 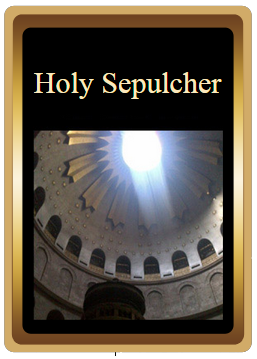 Church of the
Holy Sepulcher 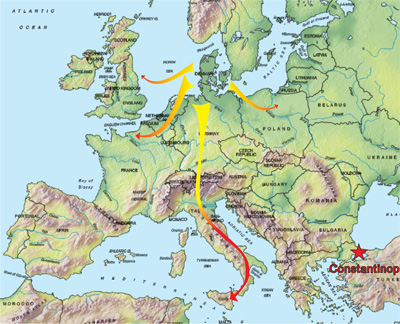 At this time Europe was a patchwork of counties duchies and kingdoms each headed by a strongman capable of controlling his demesne.

Meanwhile… in the East

It all started with a dispute between Turk clan chieftains, Seljuk and his brother Yabghu which sent Seljuk on a march westward. Sucessive leadership under Tughril Beg, Arp-Arslan and Malik Shah, saw the rise of the Seljuk Empire, the demise of the Eastern Roman Empire and ushered in the Era of the Crusades. 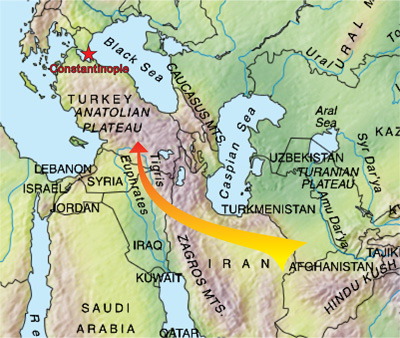 In deep space, 6,500 years before, a star exploded. The resulting flash of light arriving in Earth’s sky on July 4th.1054. Asian astronomers recorded the precise date and regarded the event as a blessing on their newly appointed king. Arab astronomers considered it a curiosity and medieval Westerners as a portent of doom. This supernova, named SN-1054 is forming the Crab Nebula and is the most studied catacysmic event in the heavens. It is said the ‘guest star’ shone brightly in daylight for 23 days and in the dead of night for 200 more. 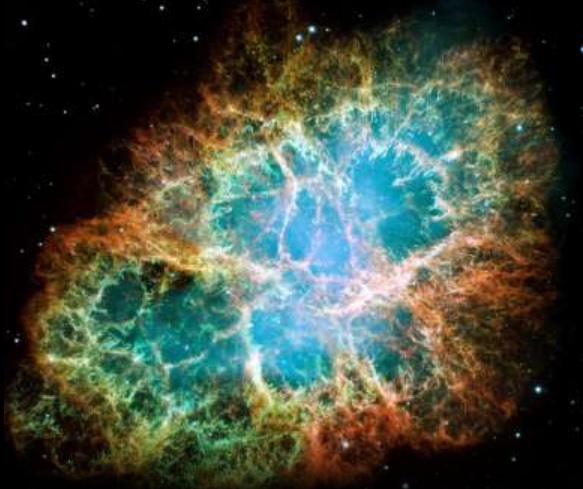 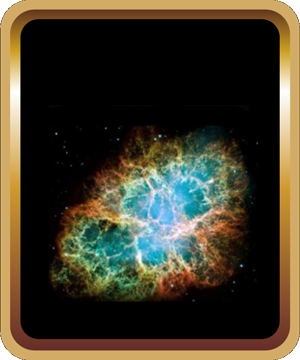 Perhaps the reason Christ had not reappeared in the millennium, though greatly anticipated according to scripture, was because of the division between the Western Roman Church and the Eastern Orthodox Church who had excommunicated each other because of the ‘filioque’: the controversy over the divine nature of Jesus Christ. The Roman Church insisted upon the phrase “and His son” be inserted into the Nicaean Creed thereby elevating Christ to be equal in stature with God the father and the Holy Ghost forming the Holy Trinity; three gods in one. This was rejected by the Eastern Churches who maintained Jesus was from God but subservient to Him.

Historical footnote: Saint Nicholas (Santa Claus) was a signing member at the Council of Nicaea in 325 C.E. and is venerated by both faiths.

The Roman cardinal Humbert uttering “Let God look and judge.” deposited a bull (edict from Pope Leo IX) of excommunication against the leader of the Greek Orthodox Church, Michael Cerularius, on the altar in Hagia Sophia. Cerularius immediately assembled a council which drew up a list of all the false papal doctrines and heresies, including the filioque in the Creed. This list was then placed on the same altar as the bull and the bull itself was publically burned while its author was fiercely condemned. That evening saw riots across Constantinople as news of the excommunication quickly spread. This incident resulted in the separation of the Greek and Roman churches.

Their mutual excommunication continued until 1965. In 2006, Archbishop Christodoulos becomes the first head of the Greek Orthodox Church to make an official visit to the Vatican.
“Finally!” – Pope Francis

Meeting on common ground in the New World, Friday February 12, 2016 Roman Catholic Pope Francis and Russian Orthodox Patriarch Kirill bury the hatchet.
The bonds of excommunication broken – after 961 years – by the simple words “We are brothers.” and the kiss of peace. 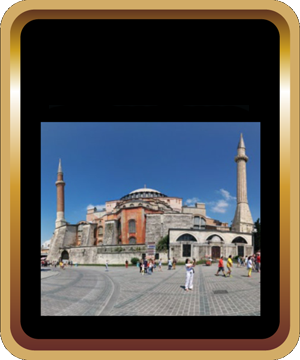 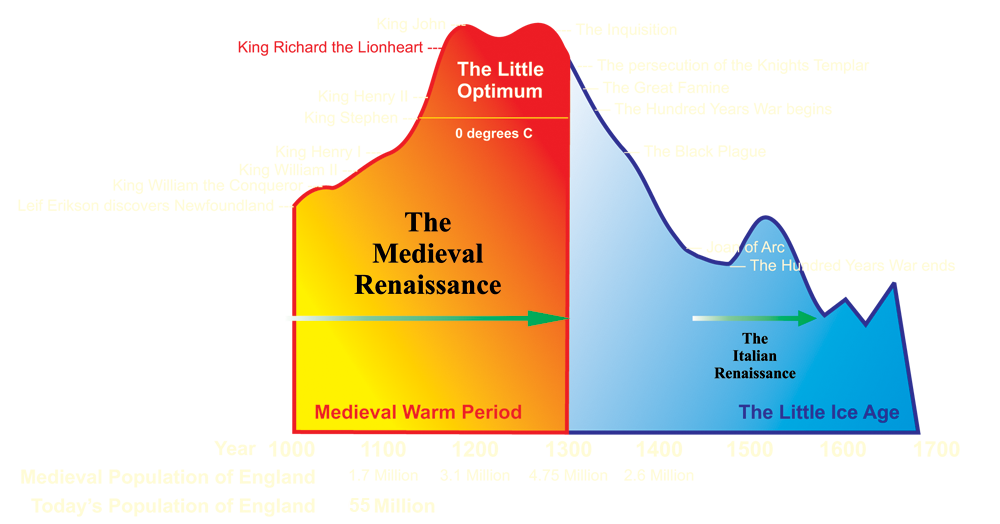 “Mohammad (peace be with him) probably also shared the view, prevalent amongst Christian and Jewish scholars during his time, that the world was about 5,500 years old and would end before the 6,000th year – about AD 1100, Even if he himself did not believe this, many of the earliest Muslim scholars – such as ibn Ishaq, a learned former Christian monk and his first ‘official’ biographer – certainly did.”
… from ‘What is Islam’.

1095 The Council of Clermont

Part 1
A Prince
is born